It took me over a week to write this. Unusual for me. The words usually fly straight from my heart. I cried a bit more than usual last week. More than usual this time of year when the sun is shining and weather uplifting. It was a sad week. A week with the reality of losses – others, and my own. Maybe its sadness from feeling helpless in the face of so many current personal challenges. 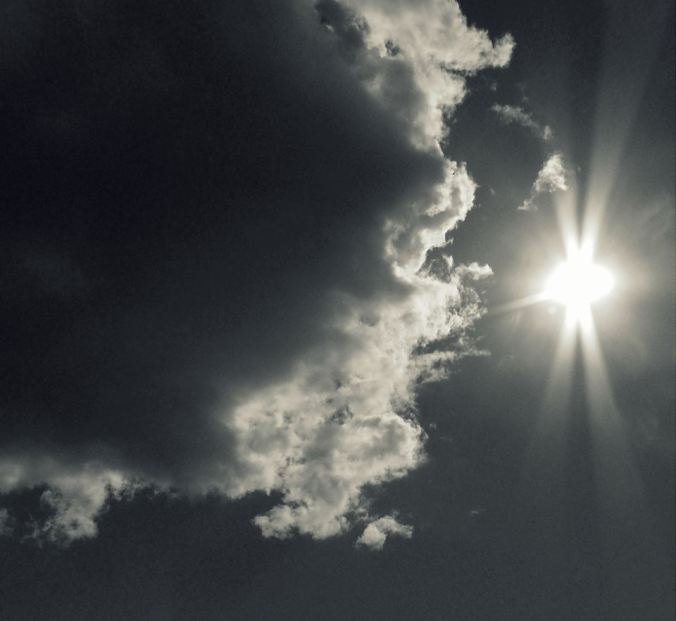 They seem to never end…

Yet they pale in comparison to others.

Maybe it is the world challenges that break my heart and leave me with graphic images of suffering. Evil killing babies.

Maybe it was having the family home this last weekend and yet feeling the gaps of those who have moved on in the last two years. Levi choosing a dangerous career path to protect us from the evil of those who kill babies.

Maybe it’s my loneliness. New place, new church, no established friendships. Struggling to build and rebuild my life – my ministry.

Maybe it’s not seeing that much of Dave always working overtime to provide.  He worked from home for four years as our lives unfolded into what we believed was our future. Our dream home. Our dream farm.

Then poof – gone. A vapor. Like all of life.

Maybe it was visiting my son’s graveside for the first time that I can remember with one of my children. She wanted to see the new tombstone. I watched her run her hands over the writing and gently brush away any debris. 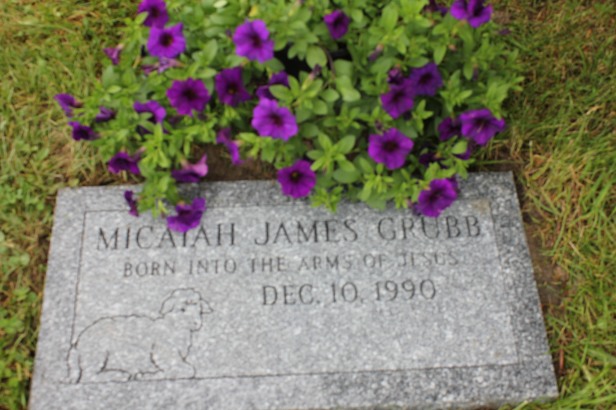 I didn’t want to cry just then. I would have wept.

Maybe it was because it was the end of a nice day at Shelburne museum walking around with Sam,  I was acutely aware that the last time I was there I had three children with me, and though I knew I was at the tale end of a long career of homeschooling, I still had young, dependent children with me.

Empty nest. The flock has dwindled.

Working in grief and loss is taxing, and yet I wouldn’t trade it for the world. Working with people who are dealing with death, suicide, traumatic loss, eating disorders, grief upon grief is hard.

But I wouldn’t trade it for the world.

Not working with  them is even more difficult.

It robs me of my purpose, my calling.

I wonder if that is what happened to Robin Williams. 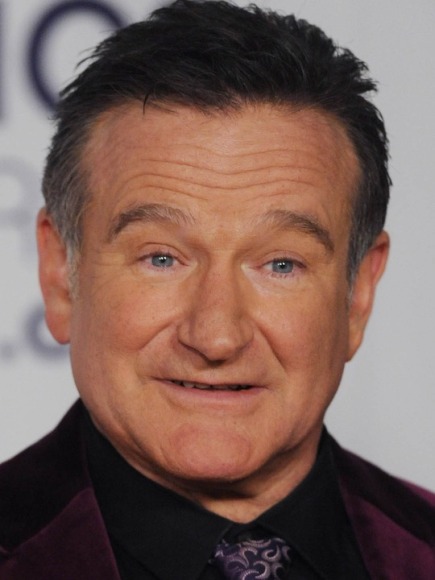 For someone who struggles with mental illness perspective is everything.

He spent his life making others laugh – it was obviously how he coped with his own mental illness – by bringing joy to others out of his own darkness.  He was getting older, more physically challenged. He was on his third wife.  His weekly comedy show had been cancelled after one season. He was no longer on the rise to fame, but trying to maintain the life that brought him purpose.  He must have felt terrible alone when he took that last desperate measure to find peace.

An entire generation benefited by his darkness. An entire country – who never really knew what he went through to make us laugh.

News reports over 200,000  Christians have been forced to flee their homes in Iraq.  Children – CHILDREN – have been brutally murdered. 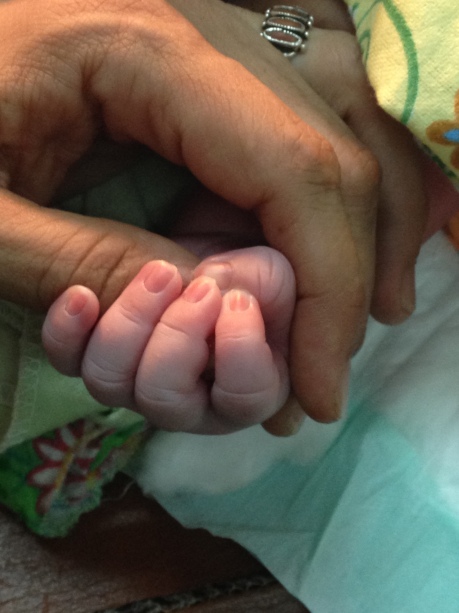 They didn’t have a choice – it was pay a high tax levy to remain Christian, convert to Islam, or die.  They are called “Nazarene s” by their killers, by ISIS.

They have witnessed children crucified, beheaded, shot, and hacked in half.  The women and young girls have been raped and taken for slaves.  Numbers from June were roughly 2,000 dead and 300 taken for slaves.

Churches that are thousands of years old have been razed.

Iraqi’s are living through the unimaginable.

They must feel very close to that Carpenter to endure such hardship.

And very far away.

So what does my baby, Robin Williams and thousands of Christians have in common? 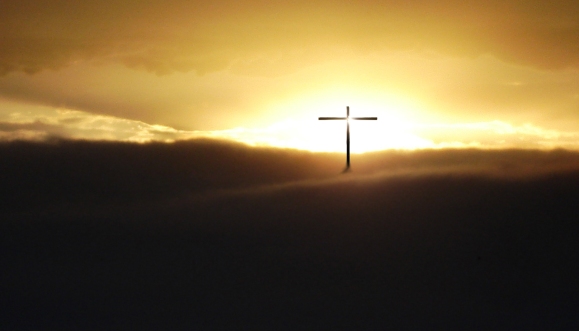 They are now traumatized. The suicide rate increases when people suffer or witness trauma. Depression increases. It is about more than faith – it is also about brain chemistry. They need prayer for ongoing miracles and healing strength to keep them.  They need hope – the hope that only God can give. Suicide can take on various forms and never be labeled as such. Reckless behavior often takes over with the need to do something. To make a difference, to right the wrong. Adrenalin is needed for bravery – God made us that way.

I want to help them. I want to look into their eyes and go into that pain with them. To help them find a way out. At least help them to see a glimmering light again in the distance. It’s what I do when I can fulfill my purpose. It’s what we all need to do.

I am not much of a sports fan. I used to love when my kids played sports, especially girls hockey which was the prominent sport in our family. All skill, NO hitting made for a fun game to watch.

For a while, our son Elijah was a really good fencer (with foils, not wire- Farmer Dave did that) and he made it to the Junior Olympics for several years and had some colleges watching him. 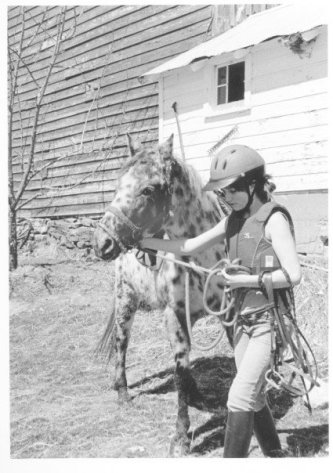 Horses were another thing we really enjoyed – the girls anyway – and we rode and went to horse shows, and did the 4-H thing for most of their childhood. We only recently gave up the horses when we were forced to give up the farm.  (Daughter above was trampled once and this wonderful pony named Harlequin, or Harley, restored her.)

For organized team sports though – it was hockey. For many years Dave could tell you which girl went on to what Olympic team or which college and if they were recruited or not…They played with Olympians like U.S. Julie Chu (for you hockey fans) or Canadian Gina Kingsbury.

They were Vermont “All-Stars.”

They also played with high-school boys.

Watching your five foot tall, petite, 100 pounds when dripping wet, daughter get taken out by a six-foot, 250 pound Bantam boy…

Hit from behind, head first into the boards.

Crumpled heap on the ice. 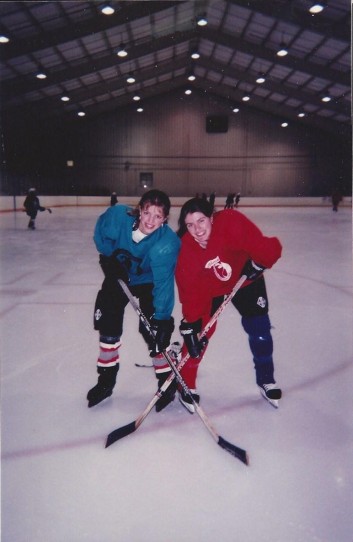 Yet, there were some boys – team-mates – who took it upon themselves to be protectors of their team, even taking penalties  when someone from the opposing side was out to hurt their team-mate, just because they were the opposite sex.

They took off across the ice, aimed for a direct hit, and cleaned their clocks! 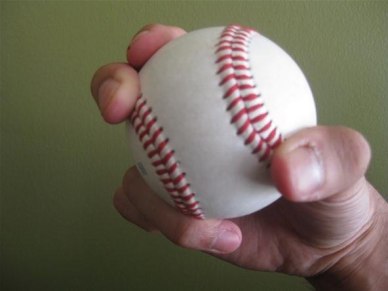 However, no one ever played baseball, more than tossing it around to play catch, or a rare game of softball.

I wish we had done more – one of those regrets we as parents always seem to have in supply.

But I do remember curve balls, both watching them, and swinging at them.  Downright hard to get a decent hit – they leave us swinging – worthless, unless we are skilled enough to hit them out of the park.

I was never that skilled.

That is how Satan wants us to play ball – always swinging and never getting a good hit. The thing is, we don’t have to swing at his balls because they are always foul, and if we would just let him throw till his heart’s content, we could just walk out a home-run.

Or we could choose hockey.

I have known so many people who spend their entire lives swinging at foul balls instead of looking straight at the Catcher and waiting for the good balls to walk us home.

I did that for many years – a demon behind every bush. We were taught that we needed to pray over every item coming into the house because there might be an evil spirit attached to it.

I failed miserably at it. 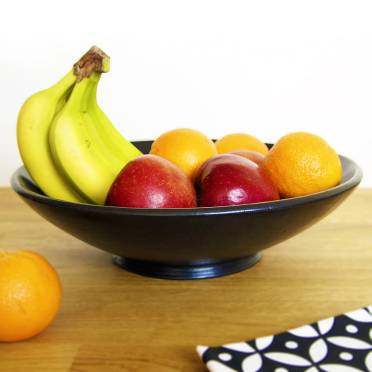 We must have eaten a lot of evil spirits clinging to all those pieces of fruit.

If you believe  the story, He created them all.

Singer/ songwriter Chris Tomlin must have read the story:

Into the darkness you shine out of the ashes we rise there’s no one like you none like You!

Our God is greater, our God is stronger, God you are higher than any other.
Our God is Healer, Awesome in Power, Our God! Our God!”

So, if you have a tendency to pay attention to Satan or his cohorts more than to God, you are missing the bigger picture.

God is our protector, and He is fully capable of cleaning clocks far better than teen-age boys.

So if a curve ball or big slam is heading your way, just draw closer to God and hide behind Him.

I am thinking He is pretty good at power hits.

“Submit yourselves, then, to God. Resist the devil, and he will flee from you.” James 4:7

Written by a friend of mine who just experienced a “storm.” Good read.

You are the peace in my troubled sea (My Lighthouse)

Would call out through the rain, And calm the storm in me (Who Am I)

He can heal your wounded soul, And calm the storm inside (With Every Breath)

‘Cuz You’ll be next to me, You’re in the eye of the storm, And the calm of the sea (Let the Waters Rise) 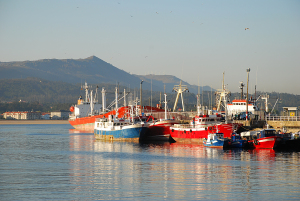 If I hear another song about calming the storms in my life, I think I might vomit.  No really. I don’t do well on open seas. The only time I went deep sea fishing I ended up below deck (apparently not a good thing to do when you start to get sick). My brother joined me shortly thereafter, followed by my dad. Three guys, very green and very seasick. Horrible experience. I would’ve…